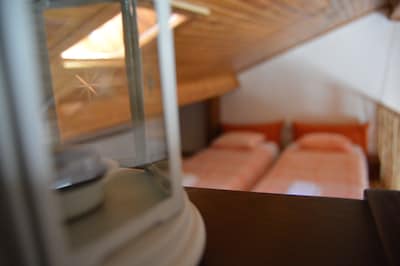 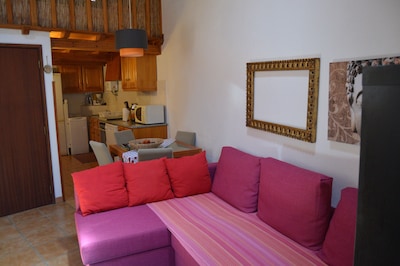 Well there be House, Guest accommodation: 9286

Double bed with wardrobe, with direct access to the WC, heating radiant stones.

Source Rossio, St. Anthony Fountain. The village there are some niches and cruise, which strategically placed in the streets.

The village itself holds a remarkable balance load, both the material level, as immaterial.

The trees dot the landscape, with a thick waist mounted, gardens, orchards and olive groves, to which are added the gardens of the old wealthy houses, with several species, which give an exotic note to the whole.

In the dense urban fabric and winding, the reasons of interest are many: the old eighteenth-century House; solar and mansions of the seventeenth century to the twentieth century have several stylistic references, including a small chalet hiding among the trees of the outskirts of the village, late echo of eight hundred of romanticism, rare in the region; the popular architecture, which stands out for the richness of decoration of masonry with door frames and windows cared facades, some of the Manueline style.

The sacred area deserves special mention here, because it has most of the peculiar nature of São Miguel. A good starting point is Mrs. Gazebo, whose chapel is representative of a common architectural typology in this village. Apart from the already demolished Chapel of St. Anthony, all chapels have or had porch (Mrs. Gazebo, Sta. Catherine, St. Sebastian and St. Peter).

The parish church is one of the reasons of greater interest of the village. In the current state dominated the eighteenth century references, visible especially at the level of the facade and side ported. Inside, the high altar baroque gilded, which supposedly will have come from the former convent of St. church. Anthony Idanha-a-Nova is more than enough reason for a visit.

This set of spaces binds a set of devotional practices, still very much alive among the population. The highlight is up to the paschal cycle and this two events in particular: a commendation of souls, sung by women dressed in black in the night of Lent Fridays and the third the streets chanted loudly for men going through the village . Testimony of this attachment to local identity marks is the commitment that the community has put in its maintenance. São Miguel d'Acha has been able to assert itself from its cultural matrix.

Ask a question
Member Since 2015