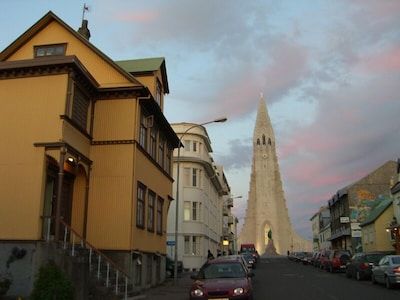 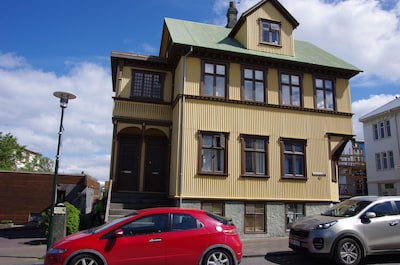 Check in after: Flexible
Check out before: Flexible
Also note:

I am a veterinarian and worked with large animals in the country ntil 1999 when I moved to Reykjavik and set up my small animal clinic.

The house was build 1906. We restored the house and made a parking area with garden. I build a small house in the garden for my veterinary clinic.

One of the best location in Reykjavik. Have also our own offstreet parking lot.