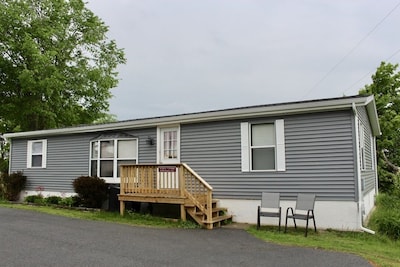 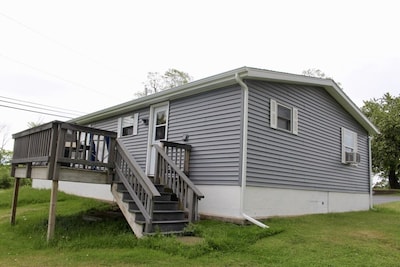 Stephen Conaway was born in Elkins Park, PA. In 1976, his family moved to Wilcox, PA. He worked at his Grandfather’s dairy farm and John Brawand’s dairy farm until he graduated High School. He graduated from High School in Johnsonburg, PA. Shortly after graduation, he enlisted in the U.S. Army in Pittsburg, PA. For ten years, he served in numerous Air Defense Artillery enlisted positions and attained the rank of Staff Sergeant. During his time, he served for six months in Greece and five years in Germany. Steve obtained an AA in Technology from Central Texas College and a BA in Business Management from Saint Martin's College in Lacey, WA while serving on active duty. In 1992, Stephen was commissioned at the Army’s Officer Candidate School, Fort Benning, GA. He served as an Air Defense Artillery Officer. Stephen was a Avenger/Stinger Battery Commander at Fort Drum, NY 1997 - 1999. In 1999, Steve became a U.S. Military Contingency Contracting Officer. In November, 2001 he deployed with the 10th Mountain Division to Uzbekistan. Later he served as the Chief Contracting Officer during Operation Enduring Freedom, Afghanistan. Steve was awarded the Bronze Star. He was promoted to Major and retired from the Army in 2003. Upon his retirement, he and his wife Erika purchased a farm in Alexandria Bay and established the Thousand Islands Winery. He is the Winery’s President and works daily at the 40 acre winery. He hopes that you enjoy the Thousand Islands as much as he and his family.

Stephen Conaway purchased this house in 2001