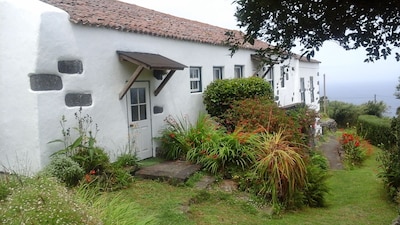 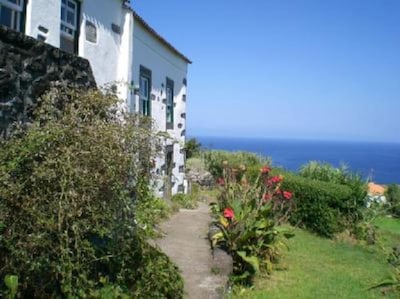 Hosted by Horst and Birgitta Evertz

About Horst and Birgitta Evertz

Both of us worked in Berlin until April 2019, but now we spend most of our time there. If we ourselves are not on Faial because we both like to travel, you will be looked after by our German friends and neighbors.

Horst and Birgitta Evertz purchased this House in 1995

Sea view and the then wild grown garden had taken us. An old stone house with a lot of history and endless possibilities. Since then we could not know that we would build 10 years and also in 1998, an earthquake with considerable destruction would throw us back. Still, we did not regret it.

As a city planner / architect I worked until 2019 in urban renewal. When buying in 1995, it was therefore a special charm to save an old farmhouse from decay and to build and prepare it as we ourselves would like to live. Maintaining the natural stone and making it visible in many places was just as important as using local woods. Last but not least, the house offered us the opportunity to furnish it according to our wishes.