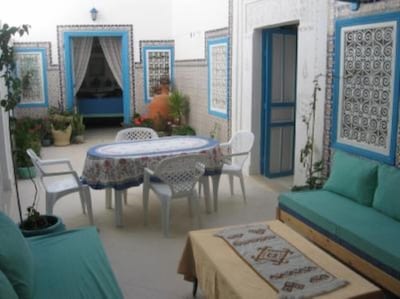 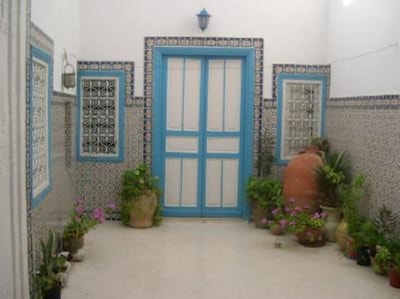 (Text automatically translated) Air: The city is located 30 minutes from the international airport of Monastir. Transfer from Monastir airport can be arranged. Train: The city is served by a line of air-conditioned trains. Leasing: This is a kind of taxis carrying for a flat rate low enough, several travelers. Taxi: Taxis plying the city and their prices are quite low.

(Text automatically translated) Mahdia is a city built on a peninsula, located 200 km south of Tunis. Its economy is mainly based on fishing (first fishing port of Tunisia) and tourism (its white sandy beaches where you can pick up the shells with a shovel, its history and the hospitality of its people make the One of the most popular resorts in Tunisia). The city retains the charm of a small fishing village unspoilt, where a craft silk remains. It has monuments worthy of interest: Skifa Kahla (huge fortified gate dating from the sixteenth century) Marin Cemetery (beautiful cemetery opening directly onto the sea) Shipwrecks (several underwater wrecks dating from the wars of the Middle Ages); Bordj El Kebir (very imposing fortress) Great Mosque (quite unique in the region because they do not have a minaret).All attractions are available (water skiing, parachute sea ballads at sea on a pirate ship, camel rides, train rides more cultural ...) and many other distractions again!You taste the regional cuisine (restaurants near cheap), the Tunisian pastry (baklava, Dates stuffed fritters, Yoyo ...)Simply Splendid!