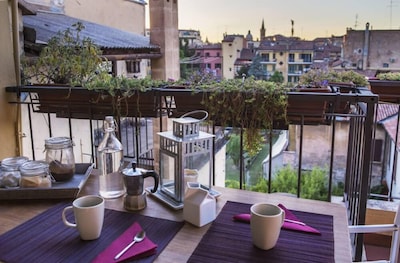 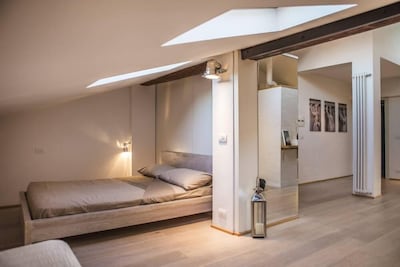 In Europe's heart, the city of Bologna represents a fascinating pearl of culture, art, music and overall history, whose special charme is due to the tipical arcades running along the centre and making it one of the most enchanting cities of the world. Under these famous arcades, you can take a walk among suggestive images, with the colours and tipical flavours of the city.

Bologna has its highest architectonical expression in niches, in altars and in the splendour of vaults of over two hundred buildings among churches, cloisters and oratories, whose sculptural and pictorial works costitute a valuable capital for tourists, learned men as well as for lovers of art's history. The monumental buildings of the centre, situated just a few steps from the Astoria Hotel, have hidden inside small precious gardens with mirable pensils, stautes, and ornaments, whose beauty is one of the most required destination of yesterday's and today's tourists.

Moreover, there are several opportunities to spend a special evening for that people who will have a long stay in Bologna or just a short time visit for that people who comes to bologna only to work or for business. The central streets, the alleys and the most internal lanes have got a wide range of clubs, from the tipical "trattoria" (with the famous hand-made pasta of Bologna) to the "osteria", some of them also have live music until late in the night, together with pubs, restaurants and coffee shops, created in order to let our guests taste our famous hospitality and fun.