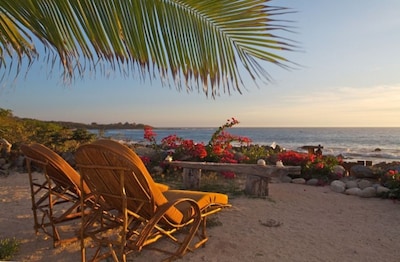 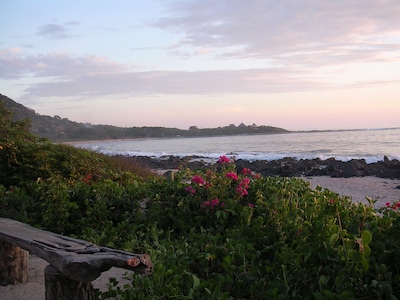 Mosquito nettings and over/head & floor fans for all beds

Honoring legacy comes naturally from being first and second generation descendants of ancestors from Belgium and Lithuania. Honoring differences was learned in lessons from having lived and worked in diverse communities in the US and in seven countries abroad. Honoring service was learned in work "on the ground" with babies and small children with AIDS, with barrio children who wanted to learn but had no school and with young children who were mis-labelled and pushed aside because they were neither seen nor known. Humility was learned by lessons in the benefits and disadvantages of the accident of birth. Beauty was learned from smiling faces in the presence of joy and desperation. And, in the mountains, deserts, oceans, lakes and rivers of this spectacular small planet. We and our staff will do our very best to honor and to serve you here at Casa Porvenir in Troncones, Guerrero, Mexico. With gratitude for life's lessons, Jolene & Wayne Maes